By Charles Haviland BBC News, Colombo
One of Sri Lanka's most prominent journalists, Mel Gunasekera, was stabbed to death in her home, on Sunday. Although this death does not appear to have been politically motivated, Sri Lankans have reacted by lamenting what they say is the "brutalised" nature of their country.
To wake up to the news that a friend has been murdered is shocking. 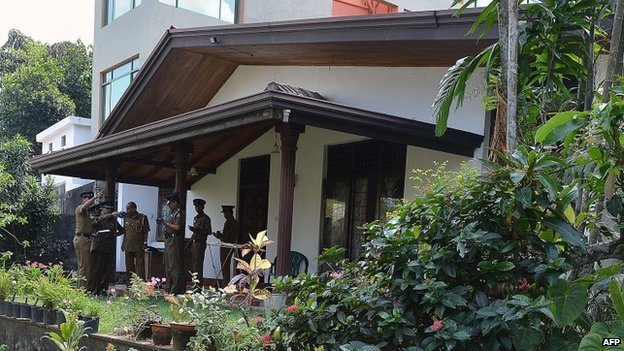 My own distress and horror at the sudden ending of Mel Gunasekera's life is shared by hundreds of others in Colombo: her loving family and her many friends including fellow journalists.
Many cannot believe she is no longer with us.
Thanks to the internet, there have been many tributes to a woman who was good-humoured and irreverent, who helped others, who loved keeping dogs, driving fast cars and singing choral music.
"You expected her to outlive you, and just be there," one friend of the 40-year-old wrote.

In a country where many journalists are browbeaten and censor their own work, there is a dogged core of excellent and unassuming reporters, many of them women, and she was one. 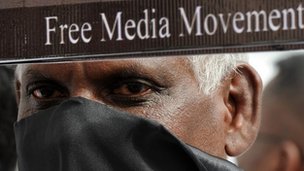 She had founded the Lanka Business Online website before working for the French news agency, AFP, and then going freelance.
She did not write polemics, but she did her job well and thoroughly.
The large numbers who attended her funeral in a Catholic church and a tranquil corner of the city cemetery showed how many people cherished her.
In the reactions and tributes there is also a palpable sense of anger.
It is anger at what people see as the low value now accorded to human life here.
"Life is precisely what has become worthless in our troubled land," said one of her broadcaster and writer friends, Nalaka Gunawardene.
"Life today is so cheap it can be snapped away at the slightest provocation. Or even without any," he wrote.
He put this trend down to what he called Sri Lankan society's indifference and denial when faced with violent acts.
The violence here is not the worst in the world but you do see daily and distressing accounts of death in the newspapers.
Last month there was a report of a woman who worked in a nightclub being burned to death in her house in Colombo.
Around the same time, a boy was crushed to death at school in an accident involving a grass roller.
Rather longer ago, a video emerged of police officers chasing a mentally ill man into the sea in Colombo and drowning him while beating him.
It was filmed by an onlooker. The list seems endless. But the incidents are reported once and then, it seems, almost forgotten.
Often the victims are women or children.
There are many incidents that do not get into the newspapers, such as human rights campaigners' allegations of torture in police stations.
Amantha Perera, a journalist friend of mine who is lamenting Mel's death, agrees with those who say the value of life in Sri Lanka is being eroded.

He told me violence "has been relegated to a numbers game - like reporting a cricket match".
Along with many others, he attributes this brutalising effect to decades of violent conflict.
In the late 1980s a leftist insurgency by a Sinhalese guerrilla group, the JVP, and its crushing by the state, led to tens of thousands of deaths and disappearances, right on the doorstep of people all over Colombo and the south of the country.
"We saw bodies burning everywhere," Amantha recalls, as does anyone else who lived through that time.
He feels that gave an impetus to the devaluing of human life.
In parallel, of course, the state's war with the Tamil Tigers was developing and that conflict and its exceptional violence fed the same trend.
Denial and indifference are still factors today and while much of the violence is non-political there is a disturbing feeling, widely echoed, that some criminals get political protection. And violent thuggery is central to political life here.
The sense of having a brutalised society is not unique to Sri Lanka.
In years of reporting from this region I have seen it in other war-wracked nations - Nepal, Pakistan and Afghanistan - but also in India.
That country, for the most part, is at peace, but much violence there is inherent in society, in the rigid social hierarchy of caste and sexual discrimination.

The outpouring of reactions in Sri Lanka after the murder of our friend Mel Gunasekera includes a lot of sober reflection on how this country has become so brutalised.
When this happens, it may take years change that trend.
Once people here lived with their doors and windows open.
But increasing numbers are retreating into more heavily guarded homes, building barriers of fear around themselves.
It is to be hoped that trend can eventually be reversed, and violence and death will retreat from their all-too-prominent position in life here.
Posted by Sri Lanka Brief at Sunday, February 09, 2014